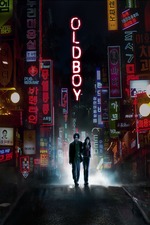 This time around I saw Oldboy in a totally different ray of light and I could really grasp the underlying, satanically cruel scheme of sadism of why Oh Dae Su is provided with a television. That simple inanimate object is his only liaison with the world for 15 arduous years. The world is right in front of his eyes. He can see but now touch it. He can listen but not feel it. He can witness it but cannot live it. He is provided the taste of life without being allowed to live it. He thinks that is pain. He never knows what the future has is in stall for him. For 15 years he never knows the reason behind his imprisonment. He never knows that he is being primed to play the role of his lifetime without him knowing it. All his emotions, the learning of self defense, the severe craving of having a physical relationship with a woman or greater, the unquenchable thirst to touch and speak to a human being, the severe repentance of all is unpardonable sins and the best of all, the angry beast that is waiting to pounce on the feast of revenge, everything that he has developed is for a lifetime reality event brilliantly programmed by The Man with the Remote Control.

Oh Dae Su is released. But what he does not realise is that his life, which now he believes in his control, is a brilliantly orchestrated insidious trap designed by Woo-Jin. When we starve we get hungry. But when we are fed an exiguous amount of food we feel hungrier and even more famished than when we were starving. Woo-jin feeds Oh Dae Su with props to shows his anger. But this is never the real deal. They act as appetizers. They act as teasers which kick the animal inside him and make it growl for more. By feeding him inadequate amounts of revenge devices, the beast inside Oh Dae Su grows by the minute. Woo-jin designed this complex Almighty riddle and he himself plays it with the character he has grown and nurtured for so long. He makes him find all the clues, fight all the people, witness his friend getting killed, makes him know his daughter has been adopted and lives half the world away. He makes all of Dae Su's pent up emotions to simmer, then boil eventually building them up for the explosion during the final show down. He makes Oh Dae Su believe that it was his unending hunger for revenge that has made him survive and come so close to knowing the reason. Apart from everything else Woo-Jin feeds Oh Dae Su Hope. Hope that once he finds the reason behind his captivity and once he avenges his captor for everything he has endured he will be a free man. A man whose soul is free of anger, guilt and pain. Woo-Jin truly understands that there is no true pain without hope and belief. Pain hits a person the coldest when all hopes are lost and beliefs are fooled.

When the long awaited rumble finally happens, Woo-Jin decides to draw the curtains on the most elaborate play in history of mankind. He has waited painstakingly long to witness how it is going to end. The revelations are so painful that Oh Dae Su cannot live with the root cause of all his miseries. He weeds it out. The show becomes mute. Woo-Jin has achieved what he was holding onto his life for. He now has nothing to live for. He throws away the remote and kills himself knowing that the remote is just useless for his avenger as it is for him. Oh Dae su has been nothing more than beast but doesn't he have the right to live? Woo-Jin provides that right but what a life he has cursed him with.

Oh Dae Su is as helpless to shape his future or forget his past as he was when locked up watching the lives of people unfolding on television for 15 years. But now the pain is just so much more unbearable because he has got to live through his life and yet remain impuissant to change anything. He has his life, his love in front of him, close to him, touching him and crying for him. But he will never be able to experience her love, embrace it, rejoice in it and reciprocate to it as he used to or hoped to.

PS, Min-Sik Choi, Sir, your final act will always be un-fucking-believable no matter how many times I experience it.