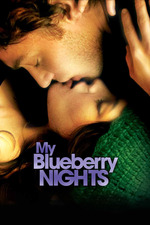 Wong Kar-Wai's words, with their usual meanings intact, somehow sound a little more banal in English. I can understand though, since as an occasional translator, I sometimes have trouble getting Thai words, especially if they are of the sentimental or romantic nature, into English without making it sound too gooey or obvious. English is a great language of simplicity: even a few words can evoke so much meaning or feelings behind it (from romanticism to sarcasm), while some Asian languages like Thai or Chinese are more complex in letters and wordings, so a very plain sentiment can be rendered in many different phrasings without getting banal.

Just realizing he has wandered far off from talking about the film, I hasten to finish that the point of this rambling language comparison is that, maybe, Wong Kar-Wai's standard insight and wisdom get lost in nuance a bit through cultural barrier, since asides from that this is a film that I enjoy a lot. It might be his least ambitious, but also (apart from Chungking Express) a more relaxed and charmingly slight experience than usual, even though some of the subjects it touches upon are quite heavy and dark. The film might never be as deeply resonating as his more thematically and stylistically dense work, but the charm still comes off strong. It also has a more unique shift in showing America as viewed through the melancholic eyes of the director. Even though his techniques somehow seem a bit mistmatched or overdone this time around, the lightly charming atmosphere he created in a new place, combined with energetic performances (even though Norah Jones' is a bit lacking), makes it a pleasurable change of breath for me.