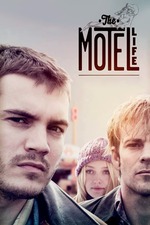 Sometimes I randomly look up the filmographies of actors that I really like to figure out what films they have coming out in the future. This film is a result of that process that I did for Emile Hirsch. Ever since I saw him in Into the Wild I have been a huge fan of his and have been keen to check out his work. Unfortunately, I have yet to see a film of his (or a performance from him) that stacks up against Into the Wild (and Girl Next Door which I just love).

To put it plainly, The Motel Life is dull. It explores the relationship between two downtrodden brothers who have only each other as well as the hardships that befall them. We do see the love that they have for each other and the lengths they will go to to protect and care for one another, but we don't get much else. At a meager 1hr 25m there isn't much space for material but that's not really an excuse; more has been done with less.

The performances from the three main actors--Emile Hirsch, Stephen Dorff, and Dakota Fanning--certainly aren't anything special. Fanning seems tragically miscast and incapable of playing a character beyond her actual age while Dorff's character is constantly infantilized to an annoying level. Hirsch, given the most to work with, which still isn't much, is pretty average in a role that places him squarely in front of the camera for the entire film.

I don't know why I was expecting something different but the synopsis of the film did lead me to think that this film would unravel in a different way than it actually does. I don't believe that I was ever fully invested in the film nor did I ever find myself caring about these characters; the story is just very weak and not that interesting. It might also be time for me to revaluate my impressions of Emile Hirsch.