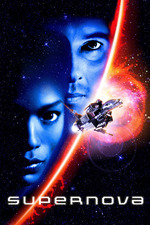 I don't think I've ever shared my Michael Stipe story here so here it goes:

From 2000-2004 I worked at Vision Video in the Homewood Hills Shopping Center in Athens, GA. Athens is a small town, and yes, Michael Stipe lives there most of the time, and yes, it's inevitable that you'd run into him. Vision Video had multiple locations, though, and the cool one was on West Broad. That's where most of the E6 band people worked (though we had a few at Homewood), and where most anyone hip rented. The location I worked was more for families, the more well to do (by Athens standards) aging townies that lived off of Prince, and the Mexican population that lived more towards that side of town (we had an incredible Spanish language section that I wish I explored more when I had the chance).

Anyway, as noted above, spotting Michael Stipe was pretty easy because he would sometimes go out of his way to look inconspicuous, and in the process, make himself *extremely* conspicuous (think ridiculous bucket hats pulled far too low over his face). But it was a laid back town, and most of the time people gave him his space and privacy (s/o to my friend Emily who spilled a drink on him, and my friend Jill who told him he couldn't cut in line at the hippie co-op grocery store).

He normally frequented the cool video store, but for some reason on this one night in the four years I worked there, he decided to pop into our uncool spot with its primary color plastic playground set and standees for whatever the latest Disney movie was. It was minutes to close, the store was empty, and he and this guy from the band Macha (Kai, I think his name was?), came in through the glass doors in a cloud of weed smoke so thick I nearly gagged. Swiveling his dome around and blinking his weed-beady-ed eyes as if he just stepped into the sunlight after a year of spelunking, Stipe seemed thoroughly lost. After a moment, he finally looked at my colleague and I and asked, "Where can I find a movie about things going horribly wrong... ... ... ...in space?"