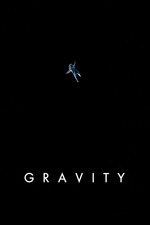 Here's a little something while I collect my thoughts.

What makes a 'good' movie? For me, intent rules over all (or at least perceived and/or aggregate intent). This allows both Ingmar Bergman and Michael Bay to make equally 'good' movies in my mind; one film might intend to invoke philosophical musings within its audience while the other intends to excite them. One might rely on the strength of its script, while the other depends on spectacle. If both succeed (and I'll grant you, that level of success is a highly personal judgment), then I will happily claim that both are good films. The film that relies on spectacle (as long as it succeeds in its main intent) can therefore be lacking in the script department as that element is weighed much less heavily - that is to say, fundamental factors in overall technical achievement are not all created equal. The caveat here is that your intent must be clear, focused, and consistent throughout.

I will admit that I was excited to no end for Gravity, mostly because of erroneous expectations. What I expected, hoped for, prayed for, was a film that opened with a spectacle and was then able to shift into script-work mode for the majority of its run-time, examining the isolation and immensity of space. Wishing for a modern-day 2001 was a mistake. It's not fair to Cuarón, it's not fair to Kubrick, and it's not fair to me. I should have been looking for something new, instead of an attempt to improve upon perfection. Gravity, as it turns out, was close to the opposite of what I hoped for.

Gravity's intent, as far as I can tell, is firmly in the 'spectacle' category. If there is any subtext to the consistent barrage of enormous catastrophe after enormous catastrophe, it was completely lost on me. In that regard, Gravity, for its first hour, is not just a 'good' movie, or even a 'great' one; it is as close to perfect as a film intending to excite can get without actually making me say the word. Never have I come so close to getting physically sick in the theater. Never before have I squirmed so wildly in my seat. Never before have I so consistently wanted to moan in complete and total sympathy for artificial protagonists so obviously and sadistically tortured by fabricated events. 60 full minutes of clear, focused, and consistent (aside from a brief, and underwhelming respite to exposit on the stars' pasts) intent, completely realized.

Why's there always gotta be a 'but'? Unfortunately, the ride has to end sometime. More unfortunately, Cuarón switches gears and decides to focus not on spectacle, but on script, and completely muddies the overall intent of the film. By getting up close and personal with Bullock's character - trying to add a hackneyed and ham-fisted human element this late in the film - Gravity starts spinning its wheels wildly, almost completely losing control. I suppose it could be a metaphor for what Stone is going through, but it's like trying to talk over a jet engine, as the finale is looming and the promise of more spectacle leaves any substantial script elements tedious, unnecessary, and frustrating. By extension, the lull in action causes the spectacle of the finale to have lost all the magic of the first hour, and any tension, any excitement, is nullified (or at the very least, deflated beyond recognition). Disappointing to say the least, especially given the unexpected joy of getting maybe not what I wanted, but what I needed out the hour preceding it.

So does that make Gravity a good movie? Going by my own personal criteria, no. I ended up giving Django Unchained 2 stars because I felt it fell prey to the exact same issues. However, the level of greatness that leads this picture is enough for me to mentally erase the royal flubbing of the landing; time will tell if that conscious rejection of an entire third of the film sticks. It's a disappointment, and for reasons entirely other than my expectations, but I'll be damned if I don't let that first hour play over and over in my mind. Although its intent might fall apart in the last act, it's loud enough, clear enough, and goddamn thrilling enough to let me say that Gravity might not be 100% of a good movie, but it's sure as hell 2/3rds of a damn-near perfect one.