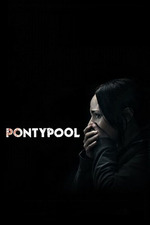 I don’t even know what the fuck I just watched. But it was damn good. Pontypool is a psychological horror with a consistent thrill that kept me on the edge of my seat for a majority of the film. I don’t entirely understand how it happened but I suppose that’s part of the fun. I do get the basics & I’ve read a lot of great reviews that put the film into better words than I ever could, but it’s such a mind blowing concept that you almost hope it’s not realistic, like at all, because if it was, then how do you fight that in the long run?

I don’t know, but I recommend it, sincerely, also I heard there was supposed to be a sequel at some point? Shame that a dozen years have passed as of now and still no word. Would love to see this premise but from another point of view.