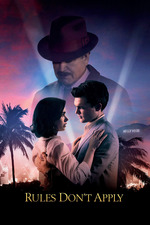 There is a tide in the affairs of men.
Which, taken at the flood, leads on to fortune;
Omitted, all the voyage of their life
Is bound in shallows and in miseries.
On such a full sea are we now afloat…

I was having a pleasant old time: Alden Ehrenreich, wreathed in his Hail, Caesar! golden glow, had just jizzed into his dockers and was trying to fix it with a hair dryer. Then, 54 minutes in, Steven Mnuchin's goddamn frog face suddenly appears, sitting limply in a chair, staring into the middle distance.

How the fuck am I supposed to maintain my movie boner with that fascist's fucking Lips Manlis face gazing wanly at Oliver Platt, Warren?

Otherwise, Old Director Man-Slut managed to make a fun version of The Aviator.