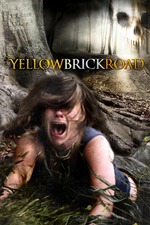 The movie fails on pretty much every level. It’s strange that they decided to make this a typical, live action horror film instead of found footage. It’s obvious by the poor camera quality, lack of any real acting talent (besides some of the women, who truly do carry whatever’s left of this movie on their backs), and scenery that looks more like a big backyard than a forest someone might get lost in, that the filmmakers had a limited budget to work with. Fine! Sometimes this leads to experimental innovation and campy practical effects that may not look realistic but are oftentimes more entertaining than CGI (See: Blair With Project, Girl on the Third Floor, and the original Saw for modern examples of this). Unfortunately, the absence of a big studio backing hasn’t lead the director to make any exciting decisions. The characters move like characters in a horror film. They stick to tropes and archetypes as if the director gave them a one paragraph explanation on how to “be”. The film has no problem “borrowing” (stealing) from popular forest horror movies (notably, the aforementioned Blair With Project) but draws the line with not wanting to fall into the found footage sub genre? It’s just bizarre. It’s like they gave up on the idea a quarter of the way through filming and just completed it for financial purposes. I’d say it’s a shame that they lost such a good opportunity, but I’m not sure that there was any opportunity in the first place.