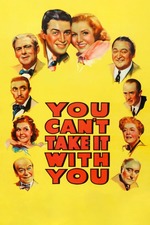 You Can't Take It with You

Frank Capra’s third nomination and final win for Best Director came from You Can’t Take It with You, his 1938 romantic comedy about the love between a man (James Stewart) from a rich, snooty family, and a woman (Jean Arthur) from an odd but well-intentioned family of artists. The eccentric cast of characters is a joy to watch and it has some of that charm that all Capra films have but it finds itself being a touch too sentimental, even for me and I usually eat that stuff up, and it falls fall short of Capra’s other offerings. It’s a screwball comedy that is excellent at what it does, but it lacks ambition of any sort and is content to have a simple message that love conquers all divides when other films from the same crew did the same but went so much further, leaving a lot to be desired.

The Life of Emile Zola