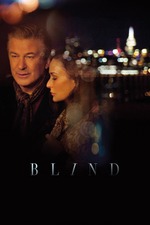 I thought this was going to be a thriller about a psychotic man chasing a blind woman but as the film began I realized that I was thinking of the thriller elements from the stars' previous movie together "The Juror". They appeared in that film when both were big stars at the top of their game with very bright futures. But careers have a habit of taking strange twists. The intense Alec Baldwin went downhill only to put on weight and become an even bigger star but as a comedian on a sitcom on television. Demi Moore, after a stint as the highest paid female star in Hollywood while married to Bruce Willis, ended up divorced and in the gutter thanks to a drug problem. After years away she is gradually emerging on the screen again with a somewhat restructured face which is now a norm with almost all Hollywood divas. A Manhattan socialite (Demi Moore) finds herself in trouble with the law when her high flying financial wheeler-dealer husband (Dylan McDermott) ends up in jail awaiting trial for something nefarious in his business dealings. The judge sentences her to do 100 hours of community service which leads her to an irascible blind writer and University professor (Alec Baldwin) for whom she has to read his students' assignments. Their relationship gets off to a bad start which gradually thaws as she reads out loud, they take walks together, go out for dinner and inevitably fall in love. The film takes on a european flavour - two middle-aged people coming together and finding love. His wife died in the car crash which blinded him while she is basically married to a self centered asshole with a vicious temper. Manhattan takes on the romantic colour of Paris, a city which both talk about a lot. Unfortunately the film's pace is slow, the relationship not very convincing and the husband's end of the story has the psychotic thriller aspect to it which does not comfortably gel with the rest of the mood in the film. Robert Redford sings "Bird in a Cage" over the closing credits.