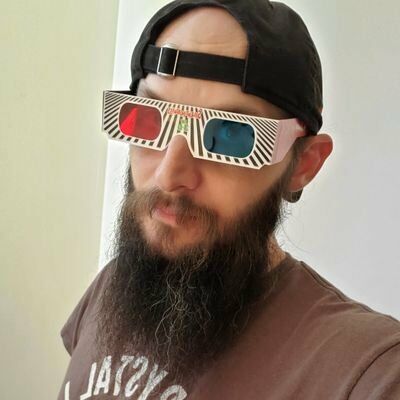 END_OF_DOCUMENT_TOKEN_TO_BE_REPLACED

I'm 40ish (he/him), I live in Brooklyn, I like watching movies, reading books, drinking tea and wearing awesome hats. I am a Trekkie and a huge Planet of the Apes nerd.

I wear an onion on my belt.

My star ratings are absolutely arbitrary and have no significant meaning.

Scifi/horror movies where the poster has a monster/alien/robot carrying a woman. 94 films