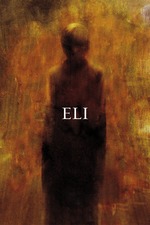 Took a chance on this one, and I really liked..most of it.

Eli is an 11-year old boy with a broken autoimmune system who gets dangerously sick from the air, the sun and any contaminants, so he lives in hazmat suits and bubbles. One day his parents take him to an ominous treatment facility as a last desperate hope to cure him, but he starts seeing ghosts and worries that the doctors are murderers.

Most of this one was really solid. Decently written, acted and certainly decently photographed. The characters are well emphasized pretty early on, until it goes into horror territory but even then I found it perfectly solid. As soon as I heard one throwaway line of dialogue, I started to worry though, and my worries were warranted.

The ending is..a perfect waste. Any tension, character exploration and story nuance is swiftly canned in favor of a big silly twist and special effects, that are sort of fun in a cheap way, but feel as though they belong in a completely different movie. I think this could've explored, and partially does, the terrible conflict of overprotective parents who harm and smother their children in a crazy backwards form of love, but the ending plays to the cheap seats and the journey feels decidedly wasted. But if you can stomach the ending, I will still say that I've seen plenty worse put together horror movies.