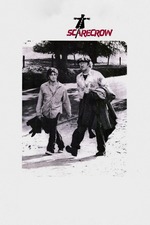 Criminally under-seen and often cited by Hackman and Pacino as their fav personal performance and one of the best films each of them made in their respective careers; tells of the union of two homeless drifters with starkly different personalities and their journey to make something of themselves, the only problem being that their pasts and their personal flaws cause many a speed bump along the way.

Hackman’s character is a brawler and womaniser who cannot keep his fists restrained, whilst Pacino’s character has a positive outlook but is haunted by the girlfriend and unborn child he abandoned.

The film is well-written, has all the hallmarks of a ‘New Hollywood’ Road movie and strikes a nuanced balance between humour and drama, especially in the developing relationship of the two leads.

A film that should be in the conversation more than it is!