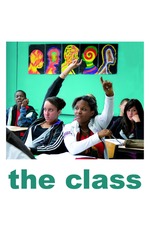 Usually on a weeknight I would be on the nod watching a subtitled film due to tiredness, but not with this riveting and provocative film.

Based on the autobiography of the lead actor playing a fictionalised version of himself, we are absorbed into the melting pot of a suburban French classroom of young teens as they grapple with the complexities of their development whilst being prompted to reveal themselves by their sometimes unconventional teacher. By the end of the school year, both teacher and students will learn many new things about themselves and each other.

With startling and moving performances from a cast consisting of mainly non-actors, the intelligent writing comes to life through Cantent’s immediacy that comes with shooting in a documentary style.

This is well worth your time!

The Wages of Fear