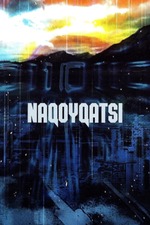 The final installment of the experimental film trilogy.

I found this the weakest one. The score is not as memorable, nor the imagery. It was released years after the first two, in the early 2000's, so the images are mostly digital, or TV or news footage, at one point they even had some Perfect Dark multiplayer matches, haha. It's just not as unique and human as the stuff in the first two "docs".