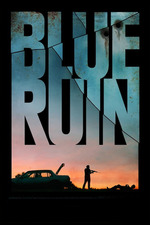 Blue Ruin is a really fascinating film, I never knew what direction it was going to take; which is my favorite part about the film. Macon Blair is great in a lot of ways, he's vulnerable, fierce, desperate, and very believable. I liked the beginning much more than the rest of the film, who this character was and how we got into his situation were questions I wished it had answered. But this movie isn't about answering the questions we have, it's content in telling it's story about a man out for revenge. I don't know why I didn't love it, other than not feeling anything throughout. Especially the ending, I didn't get it. But everything else was so go I'd recommend it to most people (although it is slow, it's interesting) and wouldn't be surprised if I revisit this in the near future and like it more.