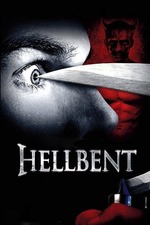 I’m super picky about slasher films, so I was kind of fully expecting to hate this. Being that it’s famous for being ‘the gay slasher film,’ I figured it’d just be loaded with boring stereotypes, gross gay jokes, and some type of metaphor for AIDS or religion or something, but it’s actually not any of those things at all? There really is no message at all — we never learn anything about the killer, who appears to have just walked out of some sort of kink video, and none of the characters ever agonize over their sexuality or whatever. Really, my only big problem here is one that I feel kinda bad for raising in the first place, and that’s the pretty lousy DV picture quality and some of the effects. Still, despite the pretty obviously scant budget, there’s a lot of artfulness to the candy-colored lighting and some of the editing almost makes this feel like some sort of cool queer comic book. I wish there were more queer horror movies like this.

How to Survive a Plague

Hold Me While I'm Naked