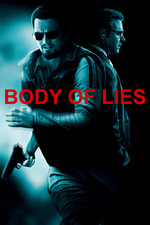 I will be the last person to say that Ridley Scott doesn't consistently film good looking movies, but you also won't often find me praising any of the work he's done in the recent past for its depth or characterization. Body of Lies is a fine thriller if your expectations are low. Leo is typical Leo, Crowe and Strong are effective support, some of the cinematography is solid, and the production design is as typically astounding as most of Scott's work.

Beyond that things start to degrade. There's no substance to anything, and you'll often find yourself uncertain about what's going on or why you should be worried about anything or anyone. Then it gets worse: the whole premise of the film feels like a lazy cash grab to capitalize on controversy surrounding the Iraq war without substantively critiquing the situation. Leo chews out the U.S. once or twice, but the movie never looks beneath the surface and revels in the violence it portrays.

Tucker and Dale vs. Evil