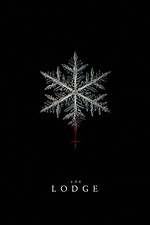 Let me get this straight: the main plan—not the contingency plan for when something goes wrong, but, like, Plan A—is for you to leave your kids alone in a cabin in the middle of nowhere *on Christmas* with your cult-mass-suicide-surviving definitely-not-traumatized girlfriend *six months* after your ex-wife and the kids' mother committed suicide in response to learning that you wanted to marry your cult-mass-suicide-surviving definitely-not-traumatized girlfriend while you fuck off back to civilization to get some work done?

And you're, what, *surprised* when your kids, who both expressed their displeasure with this obviously awful plan and who openly act aggressively toward their surrogate mother, decide to gaslight her, causing her to have a mental breakdown and undo any psychological processing she had achieved since surviving the cult mass suicide? I mean, I've heard of people making bad decisions for the sake of progressing horror movie plots, but this entire scenario is fundamentally ill-conceived from beginning to end, from formulation to execution. Everything is tainted by its absurd folly.

The way The Lodge establishes Riley Keough as the antagonist is also extremely yucky, and not the good kind of horror-movie gore-porn yucky. The kids call her "crazy" and "insane," and while it's somewhat understandable for children to be ableist in this thoughtless kind of way, it's a little harder to swallow when the movie shoots her taking pills as if it's something to hide, something she should be ashamed of. The "horror" of the film is built upon unquestioned and unexplored mental health stigma.

Riley Keough's character has been through a lot, and now she's stuck in this secluded lodge with equally traumatized teenagers who do nothing but bully her, and we're supposed to think she's the enemy? Or even that the kids are the enemy? To be fair, the start of the third act does briefly switch the perspective, hinting at the possibility of removing the blame for the way these troubled individuals are treating each other, but then it flips the switch again and turns Riley into Walter Kovacs, screaming, "I'm not locked up in here with you, you're locked up in here with me!"

What's the message supposed to be here? Don't trust cult survivors? Kids are hell? Don't cram together a bunch of people who are all suffering through severe emotional and psychological trauma into a small, secluded environment hundreds of miles from the rest of humanity without easy access to basic resources? Going to your vacation home is not a replacement for therapy? The ominous, chilling atmosphere is effective, and the characters' struggles are palpable, but the way those struggles are enunciated is at best frustrating and at worst offensive.