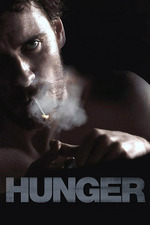 Hunger is about being heard. The story basically revolves around Bobby Sanders, even though it kick starts from Raymond Lohan (Stuart Graham) enjoying the first meal of his day after washing off his wounds. But before that we hear people raging around, beating and thumping their respective plates, supporting the cause for a change.

The film desperately changes from being mute to immensly loud. For the first 30 odd minutes, the film consequently moves through these disarranged claustrophobic scenes of complete silence followed by insane rage.

When the snow-flakes or the filthy walls of the prison cell don’t talk, McQuen resorts to brutality; not because he wishes his audiences to walk-away or hide their faces as they cringe their way through it, but because it creates an emotionally relevant wound into their psyche even when the political status or the war of the Irish Republican Army has nothing to do with them.

READ THE COMPLETE REVIEW ON HIGH ON FILMS