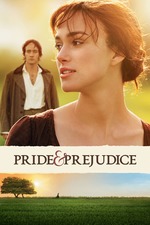 It's really good, but I am just going to need every scene, character and line of dialogue in any adaptation because I spend my time missing what is not present. In particular, all of the smarminess and unctuousness Rupert Friend was given no time to do. Pity that.
But still...good job condensing to two hours and a bit!

Edited to add my usual rants about literary adaptations of my Favorite Female Authors: what is usually lost in movie adaptations (see also JANE EYRE) is anything spiky or sour that interferes with "romance".

Example: Mr & Mrs Bennett become amusing goofballs instead of weak-minded (but still hilarious) narcissists who are *actively* ruining their children's chances at economic survival, let alone their human happiness. For instance, in the book, Mr. Bennett is utterly gleeful at not having to pay back Mr. Darcy because "he will rant and rave about his love for you" - it's such a small change, but significant to the overall concept of the character.

That is the stuff that keeps these books alive and vital. So yeah. Not pertinent to a film review, but had to get it out!