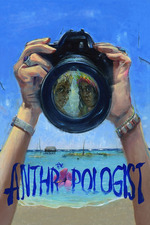 As structured by its three directors, The Anthropologist defies categorization. Ostensibly, it is yet another documentary about the vital need to address climate change, approaching the subject from the perspective of anthropological studies of adaptations required by communities currently facing the realities of a changing environment. But what distinguishes The Anthropologist from other climate-change documentaries is its human-interest framing.

While the film does suffer from uneven storytelling because of this juxtaposition, the opening remarks from anthropologist Mary Catherine Bateson, Margaret Mead’s daughter, makes blatant the documentary’s thematic intent. Bateson questionably states that humans are the only species with no innate behaviors and therefore must learn behaviors from their parents. While not entirely untrue, this is grossly oversimplifying human behavior, but the sentiment prepares viewers to accept information on human-centric reactions to climate change through the lens of work done by anthropologist Susan Crate and her daughter, Katie Yegorov-Crate, over the course of four years as they travel the world.

Rather than dwell on data, the film follows Susan and Katie as they visit people that climate change most directly effects: Katie’s father’s family who are trying to farm with rapidly thawing permafrost in Siberia; residents of Kiribati in the South Pacific who face the total loss of their island; and even struggling fisherman in New England. Emphasis is placed just as much of revealing the very real and pressing threats to established ways of life as on the relationship between Susan and her daughter. Being a child of an anthropologist and travelling with Susan certainly means Katie is aware of these global impacts and the importance of such anthropological work. But she’s also a teenager who sometimes rightly criticizes her mother’s clinical interactions with local populations and professes to want to study anything but anthropology. There’s even some amusing back and forth off camera regarding this when a Kiribati woman expresses disbelief that a daughter would disrespect an elder.

It terms of its success as a climate change documentary, The Anthropologist isn’t any more empathetic or insightful than other documentaries that explore disappearing ways of life. And, to the extent that it’s not intending to offer solutions to these issues but merely draw attention to them, it comes across as a bit of a puff piece. That said, it becomes clear that the central message of the documentary is that continued appreciation for the importance of the kind of work that Susan does is paramount. As we see Katie maturing from age 14 to 18, her relationship with her mother and cultural anthropology changes. The end of the film, which finds Katie setting off for university, is less of a surprise and more of a foregone conclusion.

To say that The Anthropologist is on-the-nose, and even saccharine at times, is an understatement. Directors Seth Kramer, Daniel A. Miller and Jeremy Newberger build our understanding of the intersection of anthropology and climate change on two sets of mother-daughter anthropologists. While their approaches may alter slightly between generations, their goals remain the same: to study cultures and their reactions to a changing world, in all that might entail. Climate change, in that sense, is a peripheral issue, second to that of passing on knowledge.