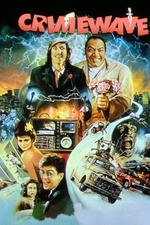 Ok, I understand that this has since been disowned by almost everyone involved due to miserable working conditions and relentless interference from the money people, but while we'll never get to see the film that this could have been, there's no denying that the film we got has no small amount of magic.

Sure, we could have had Bruce Campbell as the lead, but instead we got Reed Birney - who's fine, if not inspired - and we get Campbell as a hell, getting a ton of great lines. Sure, Paul Smith was apparently so uncooperative that the best solution was to dub him over in post, giving him a really weird cartoony voice, but he's still got a fantastic manic energy, and the dubbing might actually be a plus. All the classic Raimi trademarks are on display - tons of wild, weird, swooping camera tricks and an unbridled, unabashed love for slapstick. Even the gags you see coming a mile away (like the flowerpot) are so slickly executed you can't help but admire them.

If nothing else, it showcases the raw talent and ambition of almost everyone involved - the Coens, the Raimis (I spotted Ted in there!), even Ed Pressman in a rare onscreen appearance. I had an absolute blast watching this, proving that even when a film is tweaked, twisted, perverted from its original form and intent, and finally disowned by the filmmakers who see it as a frustrated failure, it can still be a total win.