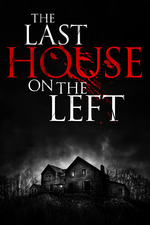 The Last House on the Left

“I want to hear you beg for your fucking life.”

The Last House On The Left is a 2009 remake of the controversial rape and revenge film originally directed by Wes Craven.  With Dennis Iliadis directing, the film follows the parents (Tony Goldwyn and Monica Potter) of Mari Collingwood (Sara Paxton), who attempt to get revenge on a group of strangers, led by a man named Krug (Garret Dillahunt), that have taken shelter at their home during a thunderstorm.

It’s no secret that, with the exception of Revenge (2017), I’m not exactly a fan of rape revenge films — not only are they often tasteless and exploitative, oftentimes, as with I Spit On Your Grave (1978), they’re quite bad movies.

Now I haven’t yet seen the original The Last House On The Left, but I have seen parts of this remake before, and I know that it changes quite a few things with the most important thing being that Mari (previously portrayed by Sandra Peabody) survives this film.

As for the rape scene, it’s uncomfortable and brutal but never truly feels exploitative as the film manages to give Mari an actual character arc outside of it.

The revenge scenes are satisfying, if a bit nonsensical (I’m pretty sure that’s not how microwaves work) and the villains are all very well-acted and intimidating.

Tony Goldwyn isn’t the best throughout, coming off wooden at times, but Monica Potter and Sara Paxton are pretty great — I also like the foreshadowing of Mari being a swimmer, it makes the film make sense.

Iliadis does quite a great job setting a mood and building tension throughout the film, and overall, whilst I still don’t care for the sub-genre, I feel like The Last House On The Left holds up pretty strong.

As Above, So Below

Alone in the Dark