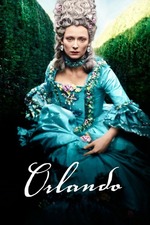 At last! I have to believe I wasn't ready for this at 25 in 1992, and that it's only now at 53 in 2020 that I can fully appreciate all that Sally Potter achieved here. I wonder if Phoebe Waller-Bridge (who I adore) has properly credited her?

In any case, I was gratified to learn that this film was Oscar-nominated for Costume Design and Art Direction though it's criminal Tilda Swinton wasn't. Sandy Powell's costumes, Tilda's performance, and Potter's astonishing direction propel this forward with dizzying creativity. I have not read Woolf's original work, but as a fan of hers, I suspect she'd approve.

Last, but by no means least, is the exquisite decision to cast Quentin Crisp as Queen Elizabeth. Made even richer by my discovery that at 90 he realized that he'd always been a transgendered woman and not a gay man. This film allows for all ways of being, and I am grateful for it.