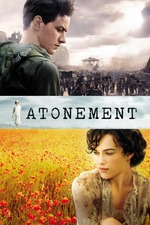 James McAvoy is at peak cutie here, he and Keira have great chemistry and Saoirse has been freaking it since day one!!!! The Briony nursing stuff should be better than it is and the movie easily could’ve been like 15-30 minutes longer to accommodate it and been much better, I think. Romola Garai does a fine job, but if I had access to the turnstiles from Tenet, I would take Saoirse Ronan back through time so she could play Briony at 18 too because I wanna see THAT movie!

The stuff with Vanessa Redgrave and them at the beach is really moving. I love the source material so dearly that I don’t think this movie could ever not make me cry even if I think it could be better!!!