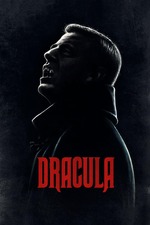 "I've always found that too much is exactly enough."

Yes, history's most notorious bloodsucker (Mitch McConnell notwithstanding) has been brought back to life enough times to warrant an entire season of Looper listicle videos. And yet, Mark Gatiss and Steven Moffat's latest iteration is nonetheless a delicious escapist meal just begging to be devoured. Claes Bang's charm practically oozes from his pores as he cleverly cuts through a conversation mere moments before cutting down the one he's conversing with. His performance and a sensational turn from Dolly Wells (my personal favorite) are the gems that make this a memorable exercise. Whip-smart scripts for the first two chapters--the second of which is a genuine gothic dream of a bottle story worth lauding--pack surprises and more than enough juicy contemporary reflections to gorge on. The final part, despite espousing some impressive narrative ambition, feels misguided and undercuts the riveting events that take place before it. As a whole, this stands as one of the most faithful adaptations of Stoker's original tale (despite its wild divergences) and it's, above all, a wickedly rollicking time to behold.

P.S. Wells's German accent is so pleasing to the ears. She rivals Jodie Comer's Villanelle in the realm of flawlessly achieved non-native linguistics.