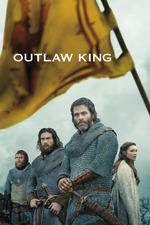 Labors under the shadow of Braveheart, a film that's better in every imaginable way other than historical accuracy. Pine isn't especially bad as medieval Scottish king Robert the Bruce, but he's not doing much other than occupying costumes and looking solemnly damp in the omnipresent mist; Aaron Taylor-Johnson is, unsurprisingly, a huge liability. But given how shapelessly the film moves through its characters and their various roles in an ill-defined bloody rebellion, it's hard to say that this movie lives or dies on its acting much at all. If this is the tidier, crisper edit, I would hate to see what the messy cut looked like; this barely has a narrative structure as it is, with no sense of movement between scenes or development of whatever its conflict is meant to be. Cinematographer Barry Ackroyd is at least on hand to make sure the film looks gorgeous, but it's not like the Scottish Highlands are a tricky subject in that regard.