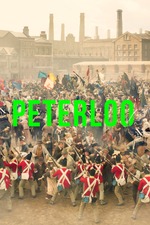 In every story Mike Leigh tells, he finds the humanity at the center of it all and he tries his best to represent that humanity as realistically as possible. It’s what makes movies like Another Year and Happy-Go-Lucky so great. You see an actual human being dealing with life in an unfiltered and beautiful way. But that same approach also opens up his movies to the risk of long stretches of dullness, a dullness that Mike Leigh refuses to run from. Like all of his movies, Peterloo feels real, and the moments with Maxine Peake and her family really touch the human element of the story in a remarkable way. But, unlike with Vera Drake or Mr. Turner, Mike Leigh chooses recreating the history over accessing that humanity.

If all he really wanted to do was make a historical document then mission accomplished. But if I know Mike Leigh’s work, I’d bet there’s several reels of unused film that document what Maxine’s family is going through during all of this. That’s the movie I want to see, even if it wasn’t the one he was interested in making.