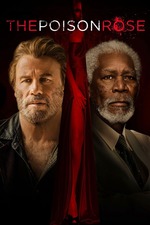 A much more interesting look at power dynamics and the flippant nature of small town life through the eyes of a man who tried to escape.
The directing suffered a but during the action scenes, and every smaller character did a pretty bad job, but there was a surprising amount of effort put into the lighting, framing, and camerawork during the investigative and interrogation scenes. I loved the blend of western and noir filmmaking though the setting and music, as well as choosing to shoot almost every scene during the daytime to remove the smoky and intangible mystery surrounding most mystery films and replace it with a more grounded form of storytelling. This film was generally interesting and compelling, even funny at points, but the writing wasn't as whole or realized to fully commit to a proper subversion of narrative and quaint lifestyle. Some people were being very loud when this film started so I missed about 1/4th of it, but I'd happily watch it again as I found the themes, characters, and story to be much more interesting than I thought they would be.