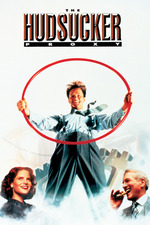 “What times we must have had.”

It’s one of the Coens’ most enduring qualities that their films age with enough rich magnificence to turn most any other green with envy. None of their pictures have prompted a reaction that wasn’t amplified exponentially on continual revisits, and more often than not, once everything’s all accounted for, they end up blossoming into all-time favorites. All that being said, you just can’t deny the utter joy that comes from experiencing a film of theirs for the first time. As I currently sit at sixteen for eighteen in their filmography, it’s a feeling in limited supply but far from wasted in The Hudsucker Proxy, a film that tries to be more things than it isn’t and still manages to overshoot it. (Yes, that’s absolutely a compliment.) It’s all at once a comedy, a tragedy, a 1950’s corporate satire, a loving riff on It’s a Wonderful Life with the manic sensibilities of Raising Arizona, from start to finish working like hell to place itself among the zaniest of the Coen canon.

More than any of the Coens’ films, this feels like a gloriously idiosyncratic free-for-all on the cinematic playground, the kind that would be impossible to pull off without their uniquely paradoxical synchronization of cheeky impudence and sincere reverence. Their technical mastery reaches perhaps a career-high marker up to this point, constantly exaggerated but never ineffective. Paul Newman (who’s wonderful), Tim Robbins (who’s divine) and Jennifer Jason Leigh (who’s transcendent) chew scenery like it’s the only food they’ve had in a week. Carter Burwell’s score enchants from the opening moments. Roger Deakins damn well knows what to do with a camera. (Apparently Sam Raimi co-wrote the screenplay as well, which comes as little surprise.)

On top of all that (or firmly beneath it, rather) is the rich foundation that makes continual returns so rewarding. This may seem deceptively straightforward fare (“You know, for kids!”) but I believe in an orderly universe where things behave as they should, so I take it on good faith that a Coen brothers film holds more than meets the eye. How many instances, for one, do circles pop up alongside or in conjunction with the concept of time (the giant clock that looms over Mussburger’s office, the ring of water that leads Norville toward his destiny, the conversation regarding reincarnation, the literal structure of the film itself...)? Then there’s the Divine Watchmaker of sorts, who narrates the film with God-like omniscience and even delivers a possible variant of the Coens’ career-long thesis: “I never tell nobody nothing... unless they ask.” (Then, of course, there’s the bit where Satan’s dentures halt the march of time. I think.)

So, you know—for kids. I can’t say I’ve got the slightest grip yet on how all the pieces fall into the bigger picture. But I know I’ll have an absolute blast trying to puzzle it together until the last clock stops turning.