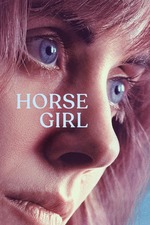 Alison Brie's first screenplay is ambitious and original. There is a massive tone shift throughout, but I was hooked the entire time. A lot of people seem to be rating this badly because it "doesn't know what it wants to be" but I disagree. I think it just wants to be a bunch of different things, and I'm here for it.

The characters started out as being instantly lovable, but what is at first an entertaining comedy slowly reveals all sorts of different layers of awesomeness. Its also a drama, sci fi, and a bit of an art film. Its like a paranoid schizophrenic Napoleon Dynamite.

I also don't feel it was trying to offer any sort of commentary on mental illness like people seem to think it was trying and failing to do. It seemed like more of a straight up character study piece to me. Its a story about complete alienation and what that feels like (no pun intended though, seriously).

The audience slowly learns the real reason she's so closed off at the beginning. When Darren gives her just a tiny bit of reassurance that the things shes bringing up aren't so crazy afterall, she latches on and lets loose. It's actually a pretty accurate portrayal of how these kind of ideas thrive on the internet these days. Lonely people are desperately looking for someone to agree with them, and before you know it there is a full fledged echo chamber of absurd or even dangerous thinking. You can say anything on the internet and find at least a few people to agree with you.

My first 2020 release of the year and I am just so happy right now that this movie exists. Ignore the haters and watch it right away.