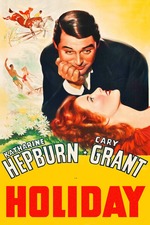 its very interesting to contrast this film, released while the USSR was at its full force, with the anti-soviet propaganda being released right now(chernobyl, stranger things, etc). hollywood is supposed to be “freer” now, yet nothing as anti-capitalist and that so plainly condemns the idealized “american way of life”, with all of the greed that entails, has been released this year? hepburn’s performance so ultimate, love the gay brother.