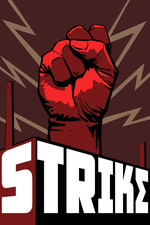 ABORTION ON DEMAND WITHOUT APOLOGY!!!’s review published on Letterboxd:

- its an outrage! they've involved the factory in politics! -

told their demands were insolent and illegal.
herded and beaten and slaughtered by cops.

whatever rights we have today and not much is left are not rights that were granted to us by a benevolent power structure we the people work hand in hand with towards mutual prosperity but rights that were demanded and fought for and paid for in blood. we would do well to never forget this. i do not believe in the liberatory power of revolutionary violence. i do believe in organized direct action. for my entire lifetime, the state & capital have worked to smash and dismantle the power of organized labor. they have been largely victorious, largely successful in their 100-year-long program to roll back whatever labor rights were gained in the first half of the twentieth century by strikes, formally organized or otherwise. capital has responded by fully capturing the state on one hand and becoming fluid and transnational on the other. it isn't like the techniques on display here have stopped though. every day labor organizers, environmental activists, women's & lgbtq rights organizers are incarcerated, tortured, raped and murdered by the state and by capital for engaging in those very acts of organization and resistance. many states in the united states are now 'right to work' states, wherein organized labor outside of some grandfathered-in dinosaurs is weakened to the point of nonexistence. framing denial of power as a right is a classic move. thanks for that!

i work in a big box store. our schedules are made by an algorithm. they frequently operate according to an antihuman logic which is your fault because you can't afford to have a schedule that would be conducive to human life. our entire society is built upon maximizing second-order gains at the cost of life and the matrix of life itself. it no longer cares if we live or die or if it lives or dies. it has won so it can die. the victory of capital is a sign of its divine coronation. of course the earth would end, exhausted of its bounty, as the elect are translated into space or cyberspace or heaven itself and the rest of us languish without the benefit even of ennobling labor, to exist in a state of barbarism and savagery until the kingdom is at hand or the earth is eaten by the sun, its usefulness long since vacated. this kind of logic holds the earth in contempt for only being able to survive a handful of centuries at best under fully-extractive necrocapitalism. its ability to vanquish you is evidence of your worthlessness. the war of all against all. once all life on earth is dead except for whatever fusion-powered silicon purgatories erected in orbit to keep a lo-fi simulacrum of techbro consciousness spinning might or might not be operational, the victory of capital over labor will be complete. the rapture of the invisible hand of the market will be complete. it has been weaving a death spell the whole time, blood gutters that waste the blood, just flush it out to sea or let it run uselessly into the streets. the waste is a demonstration of wealth and power. the cruelty is extreme so that they can know themselves to be cruel and glory in it. surely The Lord would not have allowed them to concentrate all of this wealth and power and capacity for its use over others were they truly not The Elect? Behold Your Kingdom Is Nearly At Hand! Gaze Upon It In Wonder If There Are Eyes Left To See!

ABORTION ON DEMAND WITHOUT APOLOGY!!! liked these reviews

ABORTION ON DEMAND WITHOUT APOLOGY!!! is using Letterboxd to share film reviews and lists with friends. Join here.

ABORTION ON DEMAND WITHOUT APOLOGY!!!’s films