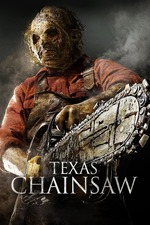 I think what annoys me most about this one is that I should love it, it had all the right ingredients to be a glorious sequel, but it threw it all away in pursuit of trends and fashion. If there's one thing to know about fashion, it's that it ages quickly, and badly - no 3D effect is saving the reputation of this film beyond those first filled cinema seats, and no great performances exist where they hire rappers to fill more seats with celeb fans.
The trailer is ironically really solid, but that's also where all these grand promises were made, so of course they over promised and under delivered when it came to giving everyone the chainsaw sequel the original deserved. An early attempt at the current reboot culture we are now observing, this film does pioneer alot on that front, but you learn from their mistakes alot more than you take any inspiration.
The cast of characters fall flat, and are either forgettable or unlikable, as does the story, and it's poorly written, often to comically bad levels (yes, I'm thinking about THAT line); however two other areas are where my greatest problems with the film exist:
1. The cinematography. Sure, there's cinematography out there that doesn't do anything remarkable and simply 'does the job', and it's not a problem. But in this movie, every last shot feels drilled into place, fixed to certain levels, and totally stripped of the character it has in many of the other TCM movies. It's bland and uninspiring, and does nothing to bring you into the movie. This point I half give them the benefit of the doubt on, as maybe the 3D tech they foolishly took on just to sell tickets limited their ability to get creative with the cameras... But surely only the 3D gags would need that extra consideration for the technical limitations. That's not really for me to decide so I can't go either way, I just know that the choice has done the film no favours in the many 2D years that have followed.
2. The plot holes. This franchise is pretty much lined with story resets and lack of explanation for changes between entries, but there aren't inconsistencies here, merely mystery and unexplained backstory beyond the films left to the imagination. In this one however, it takes you from August '73 to the 'present day' 2010s, yet gives a '73 baby a young adult role in the modern time, putting a huge question mark over when this film is even set. That's bad enough for this film, but other inconsistencies goes so far as spoiling the mood of the first film too. The flashback intro that immediately picks up after the end of the original shows this huge 'rest of the family' showing up before the shootout, clearly just to bump up the body count. This totally spoils that absolute isolation and disconnect from society that the original film's family nails in tone. It pumps a load of people who we the viewers can't blame for what we saw in the first, so the revenge of the town actually feels like an atrocity against the family... pairing this with leatherface's portrayal as totally misunderstood and almost even vulnerable, the movie feels like it doesn't have a villain, but at the same time is brimming with flawed characters with few redeeming qualities - the end result of this being a drag that leaves you rooting for nobody, and fearing for nothing but the state of the franchise that this reboot leaves it in.
Even at least taking a mindless gorefest out of this would've been something, but at least 70% of that is done with now-dated post production special effects work that is sloppy looking and very poorly acted around... I've never seen a more disinterested reaction to slowly being chewed up by a giant shredder.
Aside from a few laughs and the odd moment from Leatherface, this movie is pretty forgettable and a disappointing entry, that promised way more than it ever bothered to deliver. It's no passion driven project, and inspires no passion in fans either.
"Do your thing, cuz!" - There, I said it, now let's all move on.