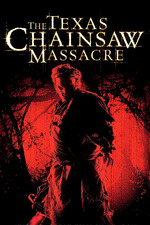 'You're so dead you don't even know it'
Now this is how to do a horror remake the right way! The fact that I put this remake on par with the original's strongest two sequels says alot, as I often find remakes to be, even if safely well made, uninspired and bland modernisations that just don't hold the creative strength of sequels enough to put them in the running among the best in the series. This is not the case here.
Nicely bookended by stylish 'true crime' found footage/mockumentary segments, it sets a 'look back at the 70s' timeframe - to then dive into the events of the film and totally drop that retrospective reality lense right until the outro was a great decision, and gives the story layers, but without taking you out of the main film as it takes centre stage.
The characters and story are seamlessly written, and the dialogue simply does the job, but with a cast as well selected as these for their roles, even the less convincing dialogue is easy to ignore where everyone is giving it their all. There's a bit of that early 00s cheese but it earns it's right to do some crowd pleasing where the rest of the movie is so damn effective! It's also a surprisingly quotable film, and is oddly memorable in the lines that live on as they stay with you longest. I've seen this movie a few times now over the years but on this viewing my jaw still dropped many times... There are so many truly gripping scenes and scares are perfectly executed here, so the film really has a great deal of rewatch value to it.
R. Lee Ermey. I don't even need to elaborate on that.
Stunning set design and location is immersive here, and also very finely tuned to the story it houses. One particular scene that absolutely nails this is where Erin, in an abandoned house, is hiding from Leatherface in a closet. She watches through holes and wards off rats in a super tense hide when he suddenly disappears, the tension eases momentarily, then you the viewer realises the streaks of moonlight that surround her through the closet door are chainsaw-made... and right as it dawns on you that this too is his territory, he proves this upper hand in yet another great jumpscare. One of many in a film that ramps the atmosphere and adrenaline up to 100% and never lets it fall below 95% right til the end.
The soundtrack and score is wonderful, it's not so much as a character in its own right in the film, and no Halloween, but it never feels out of place and does a great deal in wrapping up the overall crazy energy of the film.
Loose story ends are pretty much all tied up within the film, so it feels very complete and well contained, the full package and a great one at that. Of course this would give it a prequel instead but that was the only way to give us all that little bit more of the ingredients that made this remake the powerhouse it was, so one more entry was well deserved. However, how powerful this film has been has had a longterm negative impact on the series since, as each 2010s reboot attempt since this remake story has just tried to duplicate the tone of these movies but stretch it over their far less inspiring stories, and far less convincing timelines, to dull effect... I hope this isn't the case with the nearing 2022 entry, but we'll soon see. But that's for another review, as for this remake (and it's own prequel, The Beginning), what a dark story it offers, and what a gruesomely brilliant delivery. I loved it!