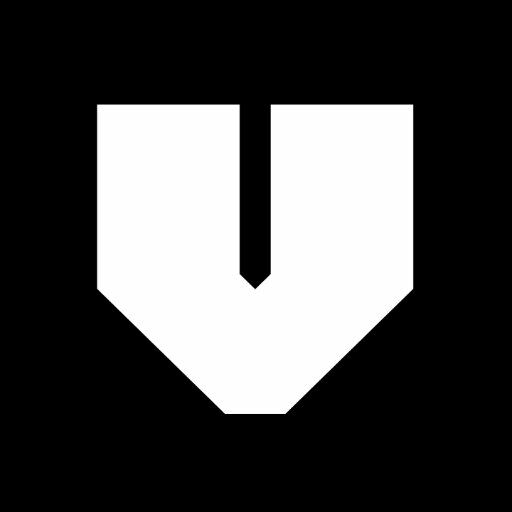 Celebrating the creativity and craft of storytelling on screen. In cinema at the VIFF Centre and online on VIFF Connect. Art from Saturday Night Fever.

Indulge in the pleasure of nostalgia this summer with our spotlight series on 1970s American cinema, Ragged Glory: Summer in the 70s.

The Hollywood system had broken down at the end of the 60s. The kind of movies that had worked to sustain the studios for decades weren’t connecting anymore. In a panic, and bowled over by the runaway hit Easy Rider, the industry turned over the keys to a younger generation, and “New Hollywood” was born. A breathtaking range of masterly movies hit the screens and made the 70s one of the most exciting times in the history of American cinema.

Ragged Glory: Summer in the 70s comprises just shy of seventy 70s films and runs from July 15 to September 4, opening with 1970s pricing of $2.50 tickets (only available on July 15). Almost all the films show at least twice and on any given night you will find a couple of double bills to spark the conversation.

"Watching these movies now, we are struck by how they forge a cinematic language that is bold, critical, and engaged." VIFF Year-Round Programmer, Tom Charity

Rupture, VIFF's annual showcase of genre-cinema, returns to the VIFF Centre with a vengeance!

After lying dormant for two years, Rupture returns with a vengeance this June. And our annual showcase of genre cinema is ready to make up for lost time.

VIFF Podcast: The legendary Linda Perry on songwriting, mentoring and her transition to composing for film and TV

In this episode, we’re joined by a Songwriter Hall of Fame inductee – artist, producer, composer and all-around powerhouse, Linda Perry.

Get ready to be swept up by the winds of change reinvigorating French cinema. In this program, a new crop of rising talent is the centre of attention, with extraordinary performances by César Award-winning actresses Déborah Lukumuena (Robust, The Braves) and Lyna Khoudri (Gagarine), as well as impressive newcomers – actor Thimotée Robart (Magnetic Beats) and writer/director Luàna Bajrami (The Hill Where Lionesses Roar). Although older than most of the characters depicted in the program, fifty-something Michel (François Créton), the…

On this episode of the VIFF podcast, we’re featuring a conversation from our year-round virtual Creator Talk series with Dune Production Designer, Patrice Vermette - who recently took home the Oscar for Best Production Design at the 94th Academy Awards.

Our Italian Film Week features 14 films, seven new releases, seven classics from masters like Fellini, Visconti, De Sica and Monicelli, showing here in restored 4K digital prints. There’s a spotlight on actor Toni Servillo, who stars in four of this year’s selection, including the poignant prison drama The Inner Cage and a biopic about the legendary comic actor Eduardo Scarpetta, The King of Laughter, as well as his landmark performance in The Great Beauty. Our opening film and the…

It’s been a year…. Actually, two years, since we ran our annual Best of… series, throwing a spotlight on this year’s harvest of cinematic standouts. Some of these titles will be very familiar to you, but there are several other films on the list which may have escaped your attention; movies that never got the opportunity to show on the big screen until now. This year's selection features 10 titles – each will screen twice at the VIFF Centre between…

Poison and Patriarchy: ‘The Power of the Dog’ Screens at VIFF Centre

What’s Kirsten Dunst’s codeword for something “awards-worthy” among her best buds? Shrimps. As in: “This movie is pretty shrimpy,” or: “We deserve lots of shrimps for this.”

With new films added every week, enjoy the best of VIFF's year-round programming from the comfort of your home via…

It is time to celebrate cinema in a big way, on the big screen...together. We are excited to share an…

After lying dormant for two years, Rupture returns with a vengeance this June. And our annual showcase of genre cinema…

Get ready to be swept up by the winds of change reinvigorating French cinema. In this program, a new crop…

Claim your ticket to the world of Pedro Almodóvar, a place of primary colours and primal emotions, where stories are…

The spirit of Ingmar Bergman animates this intense, finely calibrated psychological drama. Anja (Andrea Bræin Hovig) lives with an older man, 59-year-old Tomas (Stellan Skarsgård), and a handful of kids from his previous marriage, as well as their own. Christmas is approaching, and it’s a year since Anja emerged from a run-in with cancer. But she’s suffering from headaches and losing her vision. Tests confirm the worst: a brain tumor that’s operable, but ultimately not something she will survive. The…

Elaborating on a short story by Haruki Murakami, Ryūsuke Hamaguchi (Asako I & II) invites us to consider the anguish of a widower never entirely sure of his wife’s love. Kafuku (Hidetoshi Nishijima) is a leading theatre actor-director. Early in the story, he returns home unexpectedly to discover his wife having sex with a young movie actor, Takatsuki, but he leaves unobserved and never confronts her about it. And then it’s too late. Two years later, Kafuku is directing a stage…

Lyuda (Julia Vysotskaya) is a mid-level Communist Party official in the industrial town of Novocherkassk, western Russia. The year is 1962, and food shortages, price hikes and wage cuts are fuelling unrest, but Lyuda remains a staunch believer - even if she’s not above accepting the under the counter benefits that come with her position. But when the local factory goes out on strike, the authorities send in the Red Army and the KGB. In the ensuing chaos dozens of…

The new film from Holy Motors director Leos Carax is a rock opera scripted by Sparks siblings, Ron and Russell Mael (with music and songs by the band). Adam Driver plays a ferocious and provocative stand-up comedian, Henry McHenry, opposite Marion Cotillard as his wife, Anne, a world famous soprano. Their union - which is intensely physical and subject to much tabloid scrutiny - is eventually blessed with a daughter, Annette, who is herself gifted with an extraordinary talent. Yet…