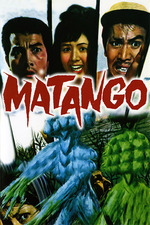 The first time I watched this a few years ago, I was disappointed. This time, knowing that roughly half the runtime is pointless scenes of castaways bickering about food, and that Honda doesn't fully take advantage of the setup, I was free to sink into the wonderfully dreary atmosphere, rot-covered sets, neon hallucinations, and slow onset of madness. Very familiar and formulaic, but also totally on its own wavelength. Just be prepared to spend a chunk of it spacing out or looking at your phone.
It's wild that this didn't generate at least a few sequels and remakes (imagine if Carpenter had taken a crack at this instead of Village of the Damned!). I'd love to see a competent attempt now--one that reacreates the atmosphere but updates the body horror, spore showers and grime.