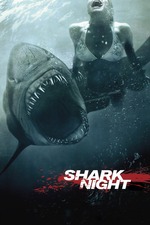 we watch them so you don't have to: lowest rated quest

this has a stacked cast bro, including katharine mcphee, the mermaid from aquamarine, and one of the hottest guys on the planet, chris carmack. you know the cast is gonna be a good one when the "nerd" of the movie is just a really hot guy with glasses on lmao. this also had the hands down worst reason for the villains to unleash the sharks of any shark film or creature feature i've ever seen in my life lmao

[me] i hope he gets eaten first since he's the only unattractive one
[jack] oh man, olivia's harsh

*nasty hillbilly guy spits*
[me] ewwww he's so gross
[jack] how's he not married? how's he not the town player?

[jack] this place is cursed. it's more cursed than olivia's laptop

"jesus lord and mary, your boy got jacked!" - hillbilly guy with the disgusting teeth

"look we're boys, alright? we're boys. but you need to get your ass back inside" - malick (yes i actually know his name cause he was *that* hot)

"you wanna play poker son? you better know what you're holding" - chris carmack, the hottest villain to ever exist

side note: i'm very glad i wasn't watching this in 3D because i think i would've screamed