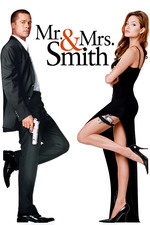 if y’all woulda told me adam brody was in this movie i would have watched a whole lot sooner.

zat being said: mostly boring. was kinda surprised bc of the hype around it, but then i realized the hype is because its brad pitt + angela jolie. they truly carried this movie and i hate to say that its not because their acting was outstanding or anything it’s truly because they are just really nice humans to look at.

when i finally marry brad pitt,,,,,then you all will understand!