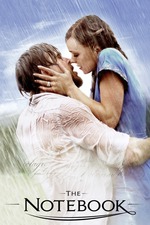 Hey guys, like I don’t mean to join the eclectic hate storm at least I had thought to be unfairly fitted to The Notebook for its heinous crime of, *gasp* marketing itself to teenage girls, but even so, for being something with all the promise of “only slightly soggy Titanic” this film is like kinda really bad.

I mean, the issue I have in particular isn’t that this is a standard, unrealistic romance/soap premise (though if we do want to go down that road I think there were various opportunities along the way to make a more interesting take on the aspects of romance as it pertains to economical reasoning or the general logistics concerns associated with overdue reunions and reaffirmation of feelings for each other on the worst possible timeline, that instead of just handily clearing every obstacle separating the leads for a more saccharine bit of honestly cloying attempt to evoke bittersweet tears at what is really more of a joyous sendoff of a couple’s love than one deserving them), Benjamin Button, Titanic, etc, done in possibly a more sub-standard way, it’s more that for how simple it is to execute you would think they could give a little more attention to certain narrative altering plot inconsistencies and whether I didn’t see that wrong and this really is a film whose identity is that of one throughly promoting infidelity and all other assortments of moral wrongdoings as long as it’s under the gaze of a fairy tale angle on inconsequential “true love”, that, I must say, even itself is pretty out of place in this film otherwise devoted to, not that it really is this big tragedy of wasted potential considering it still mostly fails regardless, but this complex portrait of gender and class in the 30s and 40s.

Because well, at the end of the day, while this is probably me at my most harshly cynical, just like one could say The Notebook is the sum total of its iconic moments and performances, so too it’s that of its nitpicky shortcomings, and ones mind you with plenty of momentum and weight to be thrown around behind them when being added up. And I don’t know maybe it’s also just me, but like with a lot of scenes that become iconic the ones from The Notebook feel distinctly like they rush through what are then most tender moments towards the more obvious emotional punchline and only really get people to fall in love with the concept of a triumphant kiss in the soaking rain, and not quite the way they executed it, though once again that could be solely the opinion of someone bored and uninvested with the film’s whole shtick by the time they got there.

I mean, I will say it didn’t help that, while I’ve never been a teenage girl in the 2000s or now so obviously don’t make me the authority on Ryan Gosling’s appearance, but as a man who prides himself on at least being humble enough to admit another man’s good looks, for instance, how much of a bonafide hunk the man surely is now, for all that holy shit, while I’ll admit he’s not actively bad acting-wise, here Gosling, while still smoldering when compared to a simpleton like me looks like he got reverse Mark Hamill-ed over the last decade, like seriously mans looks like he either just recovered from some life-threatening disease or had his cheekbones and nose elongated in post-production Photoshop and then just had it smoothed over with the blur tool, or that is until they gave him mercy in the form of a Batman beard and a septuagenarian double to try and cover things up a bit (though I guess maybe don’t even give that much thought to my opinions on appearances because I’m the idiot who thought Walton Goggins was Lon).