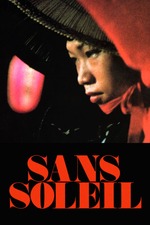 “Beneath each of these faces lies a memory, and where there was to be one collective memory, there are a thousand memories of men who parade their personal wounds in the great wound of history.”

I think I’m gonna need another viewing of this in order to break down its ideas because there’s certainly a lot of them and by GOD they flow past. This being a meditation on time, memory, civil unrest across cultures, and humanity itself, in the form of an experimental doc, I was fascinated by this a lot, yet much like La Jetée, I think there’s room for it grow on me more on rewatches. I feel like watching this past midnight was a mixed bag, on the one hand the film has a trancelike quality that had me captivated, but on the other hand I was less attentive than I normally am. Really curious to see how my thoughts change on rewatch. But yeah I dig it, hard to not like something with a split-second Doraemon cameo lol. The Vertigo segment made me realize just how badly I owe that a rewatch too.

I thought it was cool how this is basically a travelogue version of what Naomi Kawase would do a decade later with her diary films, at least to a certain extent. She was undeniably influenced by Marker, the blend of experimental filmmaking and nonfiction narrative in Sans Soleil had me thinking of her films pretty often throughout this, especially the silent stretches. Wild stuff, gives me an even greater appreciation for both this and her early filmography.